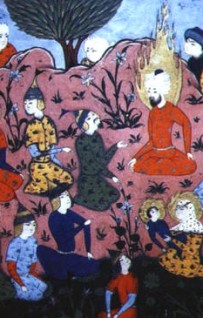 Jesus in India? is both an essay and a travelogue in one. It has been written in several libraries and in the field and should be available, in English translation (the original is in Italian) in a couple of months. It is the report of a journey to understand more about the “possible stay of Jesus in India”.

The journey begins in Ladakh (a region in Indian State of Jammu and Kashmir), in August 2014 with a visit to Hemis monastery where — at the end of nineteenth century — some manuscripts were found by a Russian traveller: Nicholas Notovitch. In these manuscripts, written in the Tibetan language, a long period of Jesus’ life in India was described in detail.

After his important discovery, Notovitch wrote the book, published in 1894, La Vie inconnue de Jésus-Christ — translated soon in English with the title The unknown life of Jesus Christ — which caused turmoil and curiosity both in the West and in India. Hemis has subsequently been visited by many people, in the following decades, including Swami Abhedananda. He was an important disciple of Ramakrishna Paramahamsa and Swami Vivekananda who brought him to London — to preach Vedanta — in 1896.

After a year spent in the UK, Swami Abhedananda lived in the USA until 1921, then he went back to India, establishing — after two years — the Ramakrishna Vedanta Math in Bengal. He authored several books and is considered one of the most brilliant Indian minds between the end of nineteenth century and the first decades of the twentieth.

In Ladakhi monastery he found the manuscripts translated by Notovitch. He also translated part of them with the help of an interpreter, confirming the controversial discovery was genuine and not a fraud.

Back to the travelogue of Jesus in India?; after the visit to Hemis the journey continues to Srinagar, capital of Kashmir, where I meet Professor Maria Fida Hassnain (passed away in July 2016), one of the pioneers of the study of a possible stay for Jesus in India. He wrote several books on this subject,  all mentioned in the bibliography of Jesus in India?. 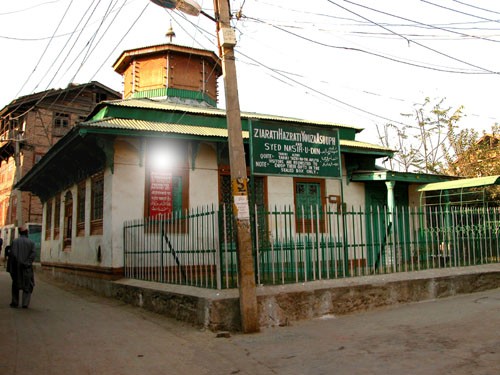 In Srinagar I visit again a tomb known locally as the ‘Roza Bal’ (my first visit dates back to 2009), the sanctuary (in the photo) hosting the tomb of Yuzu Asaph who, according to some hypothesis considered in the book, could be Jesus Christ himself.

The sanctuary, for a few years now, is closed and visitors are not very welcome, but it still deserves one short visit.

In Srinagar I have my first encounter with the Ahmadiyya Muslim Community, actively involved in the search about the possible “Indian years of Jesus”.

I visit the library of Ahmadiyya’s Mission House and I talk with some members, who invite me to plan a sustained period of research in their holy town: Qadian, in Punjab (India).

Then, Qadian is the following stop on my journey, in December 2014. I spend almost 20 days there having the chance to participate to Ahmadiyya yearly meeting as well: Jalsa Salana.

The entire, fascinating experience is reported in the travelogue of Jesus in India?.

In the library of headquarters of the Ahmadiyya Muslim Community, I collect precious material for my research ending in British Library, in London where it is possible to consult far more books, on this subject, than people may think.

The research, of course, is still in progress and another volume is in preparation. The question mark in the title — as I wrote in the preface of the book — is compulsory because, at the moment, there are no irrefutable proofs about the “Indian years” of Jesus.

In Jesus in India? three different approaches to the subject have been undertaken: 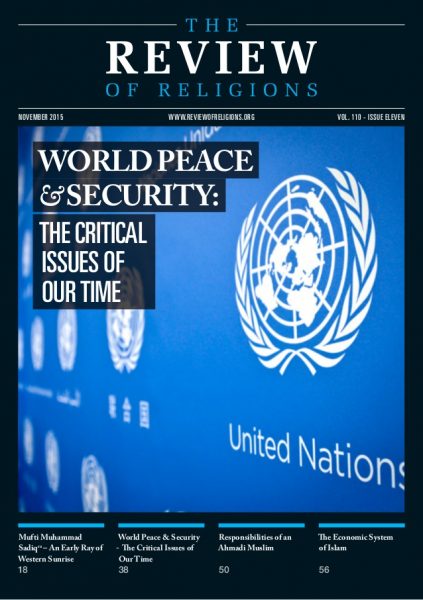 A separate chapter in the text is devoted to the controversial issue of Turin’s Shroud. Does this famous cloth, believed by many to be the actual burial cloth of Jesus Christ, shed light on the true events of the Crucifixion? This question is examined in this chapter by Arif Khan, a writer for The Review of Religions magazine.

Jesus in India? cannot offer, at the moment, definitive answers about all mysteries enveloping the life of the founder of Christianity.

Its purpose is to open another door on these mysteries and to inspire others to try to discover details of a lesser known and transcultural Jesus who «did many other things as well. If every one of them were written down, I suppose that even the whole world would not have room for the books that would be written». (Gospel of John: 21,25)