Home » Books for Viverealtrimenti » The Symbolism of the Cross

The Symbolism of the Cross 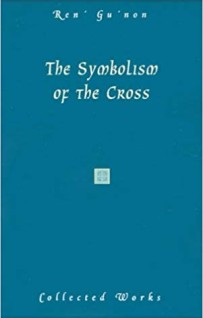 The Symbolism of the Cross is a major doctrinal study of the central symbol of Christianity from the standpoint of the universal metaphysical tradition, the ‘perennial philosophy’ as it is called in the West. As Guénon points out, the cross is one of the most universal of all symbols and is far from belonging to Christianity alone. Indeed, Christians have sometimes tended to lose sight of its symbolical significance and to regard it as no more than the sign of a historical event. By restoring to the cross its full spiritual value as a symbol, but without in any way detracting from its historical importance for Christianity, Guénon has performed a task of inestimable importance which perhaps only he, with his unrivalled knowledge of the symbolic languages of both East and West, was qualified to perform. Although The Symbolism of the Cross is one of Guénon’s core texts on traditional metaphysics, written in precise, nearly ‘geometrical’ language, vivid symbols are necessarily pressed into service as reference points-how else could the mind ascend the ladder of analogy to pure intellection? Guénon applies these doctrines more concretely elsewhere in critiquing modernity in such works as The Crisis of the Modern World and The Reign of Quantity and the Signs of the Times, and invokes them also to help explain the nature of initiation and of initiatic organizations in such works as Perspectives on Initiation and Initiation and Spiritual Realization.