Home » Books for Viverealtrimenti » The Sacred and the Profane

The Sacred and the Profane 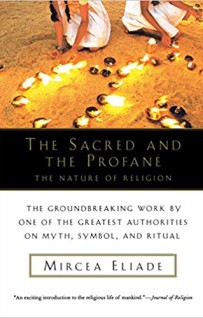 In The Sacred and the Profane, Mircea Eliade observes that while contemporary people believe their world is entirely profane, or secular, they still at times find themselves connected unconsciously to the memory of something sacred. It’s this premise that both drives Eliade’s exhaustive exploration of the sacred–as it has manifested in space, time, nature and the cosmos, and life itself–and buttresses his expansive view of the human experience.