Home » Books for Viverealtrimenti » The Multiple States of the Being

The Multiple States of the Being 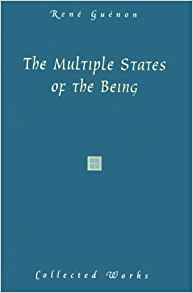 This text, René Guénon’s most comprehensive work of ‘pure’ metaphysics, is written as if nothing at all is, but That which is in its own essence. And, in truth, what else is there? Being is multiple and comprises many states, both manifest and unmanifest; but the unmanifest has precedence, what is seen being effectively nothing in the face of what is not seen. To realize this is to realize the contingency of the human state and the set of its inherent possibilities; to realize the contingency of the human state is to be liberated from it; to be liberated from the human state is to assimilate the principle by which the being can be liberated from all states. This is the end of the spiritual life, and also of the human form: ‘end’ both as telos and as annihilation. And since all beings in manifestation exist equally and simultaneously in all the planes and states of the Unmanifest, to know Infinite Possibility is precisely to become what one is. Whatever else Guénon wrote, as mystagogue, hermeneut, critic of the modern world, emanated from and existed to support the realization of only This.