Home » Books for Viverealtrimenti » The King of the World

The King of the World 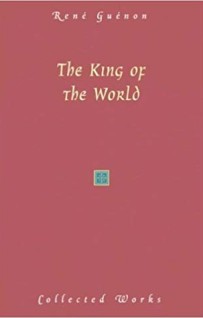 This remarkable book grew out of a conference headed by René Guénon, the sinologist René Grousset, and the neo-Thomist Jacques Maritain on questions raised by Ferdinand Ossendowski’s thrilling account in his Men, Beast and Gods of an escape through Central Asia, during which he foils enemies and encounters shamans and Mongolian lamas, whose marvels he describes. The book caused a great sensation, especially the closing chapters, where Ossendowski recounts legends allegedly entrusted to him concerning the ‘King of the World’ and his subterranean kingdom Agarttha. The present book, one of Guénon’s most controversial, was written in response to this conference and develops the theme of the King of the World from the point of view of traditional metaphysics. Chapters include: Western Ideas about Agarttha; Shekinah and Metatron; The Three Supreme Functions; Symbolism of the Grail; Melki-Tsedeq; Luz: Abode of Immortality; The Supreme Center concealed during the Kali-Yuga; and The Omphalos and Sacred Stones .