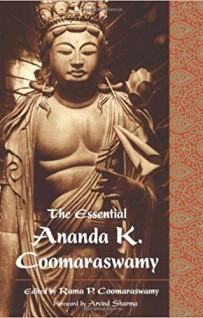 Ananda K Coomaraswamy grew up in late Victorian England and was there in the splendid pre-war days of the arts and crafts idealists, Blakean dreamers and flourishing literary movements. As a young man, Coomaraswamy was a pioneer and authority in the field of Indian art, a spokesman for Indian nationalism and a careful, but popular writer on Hinduism and Buddhism. During the First World War, he went to America and, as curator of Asiatic Art at the Boston Museum of Fine Arts, built the first large collection of Indian art in America. In his later writings, which are represented in this collection, he turned his attention to metaphysics, tradition and sacred art. However, unlike many who write about traditional cultures, he was a radical and controversial critic of modern ‘civilisation’. This volume, edited by his son, provides the reader with a comprehensive introduction to the work of this important 20th century philosopher and art historian. These selections of Coomaraswamy’s vast body of writing offer the new reader a clear and definitive point of entry into the mind of this great and early spokesman for the Perennial Philosophy.

Ananda Kentish Coomaraswamy, (born Aug. 22, 1877, Colombo, Ceylon—died Sept. 9, 1947, Needham, Mass., U.S.), pioneer historian of Indian art and foremost interpreter of Indian culture to the West. He was concerned with the meaning of a work of art within a traditional culture and with examining the religious and philosophical beliefs that determine the origin and evolution of a particular artistic style. A careful scholar, he also established an art historical framework for the study of the development of Indian art.