Home » Books for Viverealtrimenti » The Crisis of Modern World

The Crisis of Modern World 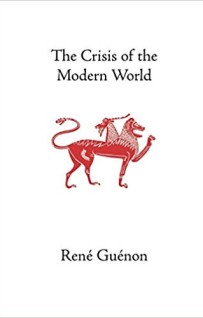 Critique of the modern world from the point of view of traditional metaphysics, with special reference to the Oriental doctrine of cosmic cycles.In The Crisis of the Modern World, published for the first time in 1927, Guenon writes a relentless and radical criticism of the modern world, revealing its shallowness and its spiritual destitution when confronted with the traditional civilizations. 80 years later, his words are still amazingly present and fully valid, but there is something that has definitely changed: the traditional East that Guenon sets against the modern West has disappeared in a great measure as Asia has taken, by its own choice or by the force of circumstances, to the same road than the West. The reflexions of Guenon about the modern world are thus in a big extent applicable to the India of today, in danger of being submerged by the strong flow of modern ways and conceptions and of forgetting the spiritual base that was always the foundations of its civilization and that was the main cause for its unique survival through so many centuries.