Home » Books for Viverealtrimenti » Mirror of the intellect

Mirror of the intellect 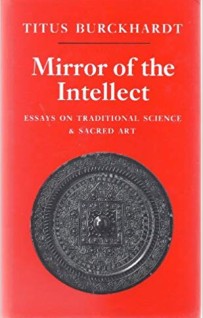 “… An exceptionally penetrating study of many different facets of religion, traditional cosmology, and art, the like of which is different to find in any other work.”– S. H. Nasr.

The present volume is a complete collection of Burckhardt’s essays, originally published in a variety of German and French journals. They range from modern science in its various forms, through Christianity and Islam, to symbolism and mythology. It is a rich collection. Burckhardt blends an accessible style with a penetrating insight. He interprets the metaphysical, cosmological, and symbolic dimensions of these sacred traditions from the perspective of timeless, spiritual wisdom.