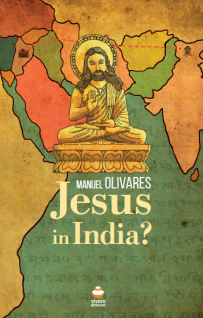 Jesus in India? The question mark is necessary!
The possibility that Jesus lived part of his life in India has been presented and debated for many years. Those in favour of this hypothesis believe Jesus was in India during the ‘Missing Years’, those years not covered in the Bible (ages 12 to 30). Others believe he was in India following the failed attempt to bring about his death by Crucifixion, seeking refuge but also continuing his ministry. There are yet others who support both of these hypotheses.
It is a particularly popular concept in India, where its adherents range from the common people through to the highly educated and political élite.
In Europe the controversial issue of Jesus’ possible Indian years began to be known at the end of the nineteenth century and moderately spread in the twentieth, due to some crucial discoveries and publications.
Nowadays the theory finds its home in relevant niches within Hinduism, Buddhism and Islam.
In this book the topic will be considered from different angles, with the conviction that pursuing a trans-cultural Jesus — and not only the prerogative of the Christian world — could be greatly beneficial for the modern, globalised man.
A trans-cultural Jesus can contribute to reducing the distances between the worlds that still  consider themselves, maybe wrongly, very different and infuse new energy to an undeniably suffering Christian faith.

Manuel Olivares is a sociologist, professional writer and publisher. Since 2005 he has been living for most of his time in Benares (India), travelling all over the Indian Subcontinent and doing research on different aspects of Indian culture.
In English he has authored the book Yoga based on authentic Indian traditions.