Home » Books for Viverealtrimenti » Insights into Islamic Esoterism and Taoism

Insights into Islamic Esoterism and Taoism 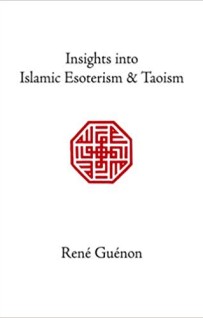 This small volume brings together a number of Guénon’s early articles relating to Sufism (tasawwuf), or Islamic esoterism. A later article, ‘Islamic Esoterism’, has also been included, since it articulates so well the particularities of initiation in Islam by defining the fundamental elements of tasawwuf: shari’ah, tariqah, haqiqah. The first constitutes the necessary fundamental exoteric basis; the second, the Way and its means; the third, the goal or final result. In the other chapters, Guénon expresses with his usual synthetic clarity what tawhid and faqr are, and gives examples of traditional sciences, relating angelology to the Arabic alphabet, and chirology to the science of letters (‘ilm al-huruf). A number of book and article reviews give further insights into Islamic cosmology. Some may feel that the essay ‘Taoism and Confucianism’ here included has little relevance to Sufism and Islam. However, such writers as Toshihiko Izutsu and Sachiko Murata have drawn many parallels between the two traditions. Confucianism, concentrating on social and interpersonal norms, functions as a kind of shari’ah in the context of Chinese religion, while Taoism, like Sufism, is precisely the esoteric Way.