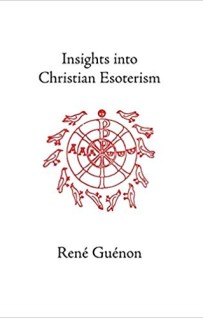 One of René Guénon’s lifelong quests was to discover, or revive, the esoteric, initiatory dimension of the Christian tradition. In the present volume, along with its companion volume The Esoterism of Dante, Guénon undertakes to establish that the three parts of The Divine Comedy represent the stages of initiatic realization, exploring the parallels between the symbolism of the Commedia and that of Freemasonry, Rosicrucianism, and Christian Hermeticism, and illustrating Dante’s knowledge of traditional sciences unknown to the moderns: the sciences of numbers, of cosmic cycles, and of sacred astrology. In these works Guénon also touches on the all-important question of medieval esoterism and discusses the role of sacred languages and the principle of initiation in the Christian tradition, as well as such esoteric Christian themes and organizations as the Holy Grail, the Guardians of the Holy Land, the Sacred Heart, the Fedeli d’Amore and the ‘Courts of Love’, and the Secret Language of Dante. One chapter in the present volume, ‘Christianity and Initiation’, is of special interest with regard to the history of the Traditionalist School. When first published as an article, it gave rise to some controversy because Guénon here reaffirmed his denial of the efficacy of the Christian sacraments as rites of initiation, a point of divergence between the teachings of Guénon and those of other key perennialist thinkers. Both The Esoterism of Dante and Insights into Christian Esoterism will be of inestimable value to all who are struggling to come to terms with the fullness of the Christian tradition.