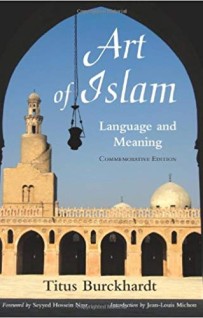 Called the definitive book on Islamic Art by S.H. Nasr, this beautifully illustrated masterpiece published in the U.S. for the first time is presented in a revised, full colour, commemorative edition containing 285 new colour photos and a new Introduction. Burckhardt provides an in-depth analysis of Islamic architecture, from Spain and Morocco to Persia and India and examines Koranic calligraphy and illumination, arabesque, carpets, rugs, Persian miniatures, and much more. The author of more than 22 books, Burckhardt was an expert on Islam, Sufism, and Islamic arts & crafts and worked for many years as a UNESCO expert helping to preserve the historic old city of Fez, Morocco.