Introduction to the Study of the Hindu Doctrines 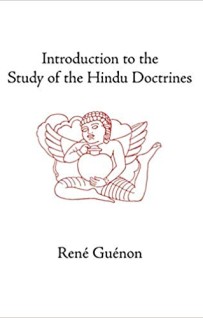 René Guénon’s Introduction to the Study of Hindu Doctrines can serve as an introduction to all his later works-especially those which, like Man and His Becoming according to the Vedanta, The Symbolism of the Cross, The Multiple States of the Being, and Studies in Hinduism, expound the more profound aspects of metaphysical doctrines in greater detail. In Part I Guenon clears away certain ingrained prejudices inherited from the ‘Renaissance’, with its adulation of the Greco-Roman culture and its compensating depreciation-both deliberate and instinctive-of other civilizations. In Part II he establishes the fundamental distinctions between various modes of thought and brings out the real nature of metaphysical or universal knowledge-an understanding of which is the first condition for the personal realization of that ‘Knowledge’ which partakes of the Absolute. Words like ‘religion’, ‘philosophy’, ‘symbolism’, ‘mysticism’, and ‘superstition’, are here given a precise meaning.