Home » Blog » Update of Cannabis and its medical use

Update of Cannabis and its medical use 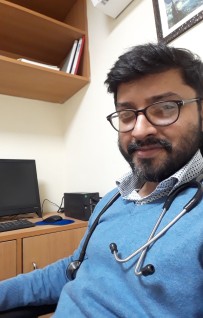 He has already contributed to this blog magazine with an article about women mental health.

There is a heated discussion going on while I write, the world over to make “medical cannabis” legal.

After alcohol, it is the 2nd most widely used psychoactive substance world –wide. Its use is largest among the youth and there is an increasing trend in the western world. Already it has been legalized in 23 states of US, Canada, Australia and some European countries.

And leading the race, Canada even intends to legalize its non medical use too very soon.

Cannabis: Cannabis is the preferred designation of the plant Cannabis sativa, Cannabis indica, and of minor significance, Cannabis ruderalis.

(a) Phytocannabinoids are cannabinoid compounds produced by plants Cannabis sativa or Cannabis indica;

(b) Endocannabinoids are neurotransmitters produced in the brain or in peripheral tissues, and act on cannabinoid receptors;

Among the Phytocannabinoids  Cannabis sativa is the commonest – highest THC (THC: psychoactive). However some agricultural process can further increase THC’s concentration , like “Sinsemilla” technique gradually leading to high THC and low CBD. CBD may have opposite effect to THC

There are Complex alkaloid mixture of more than 400 compounds derived from the Cannabis sativa plant. In total 60 different compounds described with activity on the cannabinergic system. Some of the most abundant cannabinoids are :

Endocannabinoids : Are found Naturally in the human body. They work on the  G- protein coupled receptor family CB1 & CB2

Two most studied endocannabinoids are

CBD: binds predominantly on CB2 and on 5-HT1A. they have anti –depressant and anxiolytic, properties. They are neuroprotective and non-psychoactive.

These are Pharmaceutical preparation for research and clinical purposes

Some of them are

2727 BC – first recorded medicinal use in Chinese Pharmacopoeia

1890 – Hashish made illegal in Turkey

Soon became part of both British and American Pharmacopeias

1960- Revival of interest again, principally for the recreational value

Multiple movements since then to revive it some social, cultural few scientific

Mostly smoked or used in vaporizers  however May also be drunk as tea, made in the form of edible cookies, brownies etc

Cannabis oil- produced by steam distillation, may be used local , can also be taken orally or through vaporizers

Uses of Cannabis and cannabinoids as Medicine; current and approved use (Internationally)

–  Prevent of recall of extinguished

Since natural cannabinoids can’t be patented, studies may not have the financial thrust