Home » Books for Viverealtrimenti » Theosophy: History of a Pseudo-Religion

Theosophy: History of a Pseudo-Religion 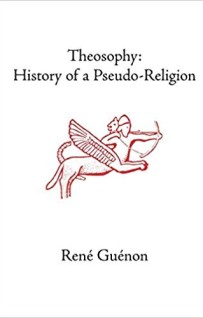 Many readers of Guénon’s later doctrinal works have longed to hear the tale of his earlier entanglement, and disentanglement, from the luxuriant undergrowth of so-called esoteric societies in late nineteenth-century Paris and elsewhere. The present work documents in excoriating detail Guénon’s findings on what did, and did not, lie behind the Theosophical Society founded by Madame Blavatsky and Colonel Olcott in 1875. Much further information has of course come to light since this book was written, but it has never been superseded as a fascinating record of the path of a master metaphysician through this maze. A particularly unusual feature is its extensive treatment of the Hermetic Brotherhood of Luxor, which has recently attracted the attention of scholars of the occult.