Home » Blog » Reflections and perspectives for an eco-friendly Ramadan

Reflections and perspectives for an eco-friendly Ramadan 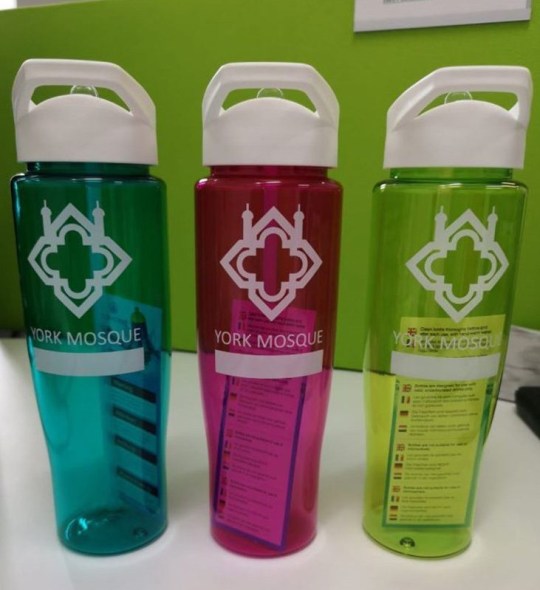 The world is sweet and verdant, and verily Allah has made you stewards in it, and He sees how you acquit yourselves.

The relationship between Islam and ecology is, today, crucial. For two simple reasons: 1) we are living in what Ahmed Paul Keeler, of the University of Cambridge, defines as an age of crisis, a deeply critical phase in which the environment is particularly penalized; 2) Islam is destined to become, within a couple of generations, the first religion in the world and, therefore, what happens in the Islamic world has fundamental repercussions, on a global level.

Consequently, trying to contribute to making the Islamic world increasingly more attentive to environmental issues represents a relevant aspect in protecting the planet.

Hence the idea of working in the direction of an eco-friendly Ramadan.

A couple of months ago a group of volunteers was created in London, supervised by the Muslim Council of Britain — an umbrella organization of the large and articulated Islamic world of the United Kingdom, also mentioned in our article about the “green” Mosque in Cambridge — with this purpose.

Unfortunately, the dramatic breakthrough of Covid 19 in the world is slowing down our work. Furthermore, Ramadan, this year, cannot be lived in its — fundamental — community dimension, the one we were mainly focusing on.

We know that in the month of Ramadan, Muslims, after fasting from sunrise to sunset, gather in mosques, in private homes, in associations etc. for the time of dinner (Iftar). What often happens is that, because of the large number of participants, there is a wastage of a huge amount of plastic, a material whose effects on the environment are highly harmful (probably many  people are aware of the Great Pacific Garbage Patch; the island waste — largely of plastic origin — extending into the Pacific Ocean, between California and Hawaii, over an area three times the size of France).

According to some public data, 800-1000 plastic bottles a day are distributed during the Iftar in several mosques in the United Kingdom to quench the thirst of the participants. Food is also often distributed in plastic dishes and the cutlery and glasses are also plastic.

Hence the idea of sensitizing the British Islamic community to opt for a different approach this year.

In some mosques in the United Kingdom, important steps have already been taken in this direction. For example, in the York Mosque and in the Green Lane Mosque in Birmingham (which announced, in early May 2019, the no single use plastics policy), reusable bottles and cutlery were distributed during the past Ramadan.

Moreover, disposable plates and cutlery are available on the market that are compostable (despite the certainly higher price of these products).

As Muslims fast in Ramadan to be closer to God, it is important to be mindful of his creation and care for the environment. We’re glad therefore that many mosques are leading the way by banning plastics at mosques. We hope many more will get involved and ensure their congregations opt for an eco-friendly approach. We all must play our part in protecting the Earth.

This year, however, as mentioned before, the Iftar will probably not take place in most of the world’s mosques and therefore this awareness campaign can be aimed at families. Ramadan is fast approaching and this article can be just provocative. Our team of volunteers will have the opportunity, looking at Ramadan 2021, to refine the awareness tools, trying to involve as many Islamic organizations in the United Kingdom as possible and sharing the initiative internationally, to reduce the harmful effects of the month of Ramadan.

In addition to the UK, campaigns for eco-friendly Ramadan have long been active in several other countries. On the Islamic Society of North America website we read:

Since 2015 ISNA Green Initiative have been conducting “Greening Our Ramadan” campaign to encourage environmentally friendly practices.

-to make ritual ablutions before prayers (wudhu) in a responsible manner, avoiding any waste of water.

In Germany the Ramadan Plastikfasten campaign has been active for some years fasting, during Ramadan, on plastic.

An awareness campaign for a green Ramadan also started in Italy last year. It was born thanks to the initiative of some young Muslims attending the Turin mosques of Taiba and Rayan to transform Ramadan into a more sustainable spiritual event: using compostable tableware for the Iftar and planting trees in the Dora park.

The examples could be multiplied, the web is full of data. Finally, I would like to point out some practices, for an eco-friendly — and, this year, “homely” — Ramadan among the most suggested by different organizations, small and large, in different areas of the world:

-To use, for Iftar dinners, local products and fair trade products, preferably organic;

-To use water responsibly at the time of ablutions;

-To avoid, as much as possible, using plastic;

-To prefer the use of fresh fruit and vegetable juices to unhealthy soft-drinks (generally contained in plastic bottles);

-To use tap water or water dispensers rather than small plastic bottles;

-To avoid using plastic bags; rather get used to always having reusable cotton or canvas bags (a habit that should be extended naturally beyond the month of Ramadan);

In a nice article on euronews.com: ‘5 tips for an eco-friendly-Ramadan’ it was also suggested:

-To cook vegetarian food (given the poor sustainability of the meat industry);

-To partially disconnect from everything that usually makes us dependent: cell phones, i-phones, laptops computers, tablets, TV. Not only to save electricity, we read on the article, also to recharge our mental energy, reading a good book, spending pleasant time with loved ones or doing something with our own hands. Eventually, as other Muslim ecologists suggested: planting a tree or caring for a garden.

In this age of crisis, the month of Ramadan can also become a period of testing for a more sustainable lifestyle that, of course, must not vanish when we stop fasting from sunrise to sunset. It would be great if it rather becomes a lasting feature in a good path of faith.