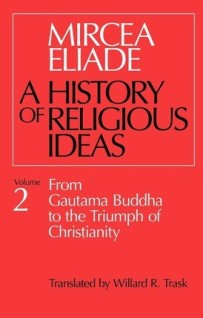 In volume 2 of this monumental work, Mircea Eliade continues his magisterial progress through the history of religious ideas. The religions of ancient China, Brahmanism and Hinduism, Buddha and his contemporaries, Roman religion, Celtic and German religions, Judaism, the Hellenistic period, the Iranian syntheses, and the birth of Christianity—all are encompassed in this volume.